Lessons from a Cardboard Challenge

Global...Cardboard...Challenge! It's amazing the excitement that can be generated by three words on your class calendar. The excitement only grew as the day approached. Its now been about two weeks since the event, and the lessons learned are still fresh on our minds. The excitement over its success has not faded*.

I've really enjoyed hearing the way students reflected the build up: the launch, meeting Caine (through his YouTube videos), the ideation process, prototyping, these aspects of the process have been cited again and again by students as significant points in their learning journey. One student even described the commotion at the cardboard pile as something from "The Hunger Games". I smiled and cringed all at the same time!

Teamwork. It's truly a pleasure hearing students describe the joy they found in working with a classmate - and they didn't even get to choose which one ;) One group that stands out in my
mind too is a pair that struggled to see eye to eye. We weren't sure the duo would last until the main event, but in our last afternoon of building, when the pressure was really on, they made it happen. Decisions were made, tasks were accomplished, and laughs were shared as they tested their final product!

Craftsmanship. I think the lessons learned are evident in student's ideas about where they could go next. Many students discussed strength and stability as lacking in their initial structures, but they weren't at all defeated by these challenges. Repairs on the day of our event were minor - almost every group had accurately gauged the strength that would be required to sustain hours of play; and furthermore, students finished wanting to take on bigger more elaborate building challenges. Fantastic!

*I am still being approached by parents who speak of what this challenge inspired in their kids. The number of cardboard creations in our community has risen exponentially ;) 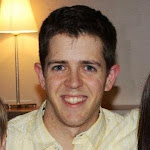